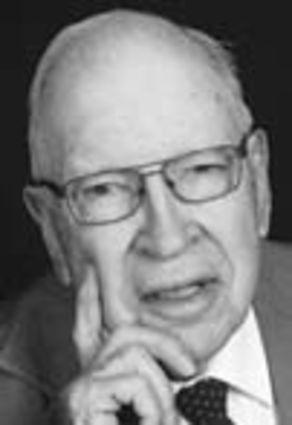 Byron W. Ray, 91, of Beatrice died in Lincoln, Neb., May 27. He was born on March 11, 1929, northeast of Nelson, to Millard and Lourilla (Mumma) Ray and was a 1947 graduate of Superior High School. Byron served his country in the United States Air Force during the Korean Conflict from Dec. 28, 1950, until Dec. 18, 1954. He was a Staff Sergeant and was stationed in England. He married Rose Hrabak on June 16, 1956, in Beatrice. Byron then graduated from Denver University in 1959, with a bachelor’s of science degree in business administration. He was a member of the Nuckolls County Genealogy Society. Byron enjoyed photography and genealogy.

Survivors include several nieces, nephews, and cousins, including Jim Mencl and wife, Sharon, of Virginia, Neb., and Charlotte Rowe of Lincoln, Neb.

A memorial service was held at 11 a.m., Wednesday, at the Griffiths-Hovendick Chapel in Beatrice with The Rev. Doyle Karst officiating. Inurnment was in the Evergreen Home Cemetery.

In lieu of flowers, a memorial has been established to the Early Risers Kiwanis Club (Administration Account) with the funeral home in charge. Sign Byron’s online guest book at http://www.ghchapel.com.

Griffiths-Hovendick Chapel in Beatrice was in charge of arrangements.