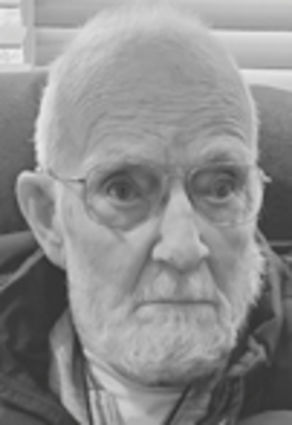 Encille lived his early years in Burr Oak, graduating from high school in 1945, before joining the US Army during the Korean War, 1950 to 1952. He was stationed in Germany, where he was a corporal and performed quartermaster duties.

In 1960 he began working at Burr Oak Plumbing and Lumber where he did plumbing, carpentry, farming infrastructure and many other related duties until 1980, when he moved to Manhattan, where he worked for the USD 383 School District maintenance department until retirement in 2001.

During his time in Burr Oak, he was a member of many civic organizations, including the American Legion, the Lions Club, city council, the VFW as a life member and the volunteer fire department, where he served as assistant chief and chief.

Encille had a special interest in scouting, being a member of the Boy Scouts of America as a youth and adult for nearly 80 years. Throughout the years, he held almost every position available to adult Scouters; from scoutmaster all the way through district commissioner, training positions, Woodbadge staff and regional (council level) camp inspections teams. He also received many awards and citations, including the Silver Beaver (1985) and OA Founders Award (2000).

In later years, Encille used his woodworking experience to create projects for his granddaughter and the “Crafty Seniors.” He liked making birdhouses and birdfeeders and watching and feeding the birds and squirrels.

He was preceded in death by his parents, Glen and Edna; his brother, Max; his step-father, Ulric Mohler; step-brothers, Floyd, George and LeRoy Mohler.

Survivors include his wife, Marilyn and daughter, Kylia of Manhattan; his son, Glenn, Taylor Gass and granddaughter, Avalee Jean of Kansas City, Mo.

His funeral will be held at 2 p.m. Saturday, Aug. 22, at the Yorgensen-Meloan-Londeen Funeral Home in Manhattan, with the Rev. Ben Duerfeldt officiating. Private inurnment will be held at a later date.

Memorials can be given to the Avalee J. Lewis Education Fund. Contributions maybe left in care of the Yorgensen-Meloan-Londeen Funeral Home, 1616 Poyntz Avenue, Manhattan, Kan. 66502.

Online contributions may be left for the family through the funeral home website at http://www.ymlfuneralhome.com.