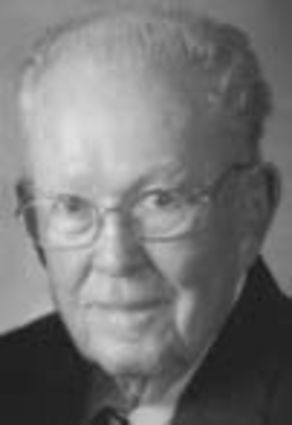 He married Myrna Charleen Adcock on Aug. 31, 1940, at Marysville, Kan. They were blessed with two children, Janet Lou and Thomas Dale. Dale and Charleen celebrated their 78th wedding anniversary on Aug. 31, 2018.

Dale graduated from Nora High School, attended the University of Nebraska, and was a member of the First United Methodist Church in Superior. A successful livestock dealer and land owner, Dale always respected both.

He was preceded in death by his parents; his much-beloved wife Charleen on Sept. 3, 2018; daughter, Janet Caster; and sisters, Marguerite Adcock, Donna Adcock and Joyce Clements (and brother-in-law Dick).

A private family service will be held Saturday, Oct. 24, in the Evergreen Cemetery at Superior, with Pastor Natalie Faust officiating. Memorials may be made in Dale's memory to First United Methodist Church in Superior. Condolences may be sent to Megrue-Price Funeral Home, 750 N Commercial, Superior, Nebraska 68978 or in care of http://www.pricefuneralhomes.com.

Megrue-Price Funeral Home of Superior, Nebraska is in charge of the arrangements.