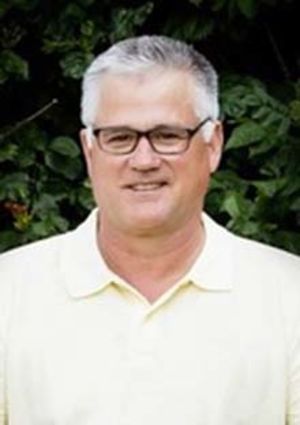 Shawn was born on Dec. 2, 1960, in Beloit, to Bob and Bonnie (Timbers) Newell. He graduated from Mankato High School in 1979, and received his animal science degree from Kansas State University in 1983. On Aug. 7, 1983, he married Susan Kadel. They were married for 38 years and raised two sons, Nick and Kale, and two daughters, Casey and Abby.

Shawn worked with his father, Bob, at Newell Implement in Mankato. After the business closed, he was employed by Carrico Implement in Beloit. For more than 20 years, Shawn worked in finance at the Central National Bank in which he served as the president of the Mankato branch and regional lending manager. He also served on the Jewell County Hospital board and was a member of the Midway Co-op board.

Shawn had a passion for farming. He was a second generation farmer who worked tirelessly day and night. Shawn valued problem-solving and thinking of ways to improve the land each year. Farming allowed him to provide for his beloved family.

Shawn enjoyed watching and attending sporting events - especially those involving his children, and his favorite team, the Kansas State Wildcats. Most of all, Shawn enjoyed time with family and friends. He helped coach and support his sons in wrestling and football, his daughter, Abby, in basketball, and listening to his daughter, Casey, play the piano. He liked taking annual family vacations to the Ozark's where he enjoyed boating, swimming, jet-skiing and pranking with his extended family. Shawn cherished the time he spent with his five grandchildren, Charlotte, Jack, Nauz, Amelia, and Ezree. His adventures with them included nature walks, farming, swimming and making them laugh. They brought much joy to his life. He was also blessed to develop many relationships with people throughout his life. He cherished their friendships. Shawn was known for his quick wit, work ethic, infectious laugh, and loyalty to those he loved.

His funeral was held at 11 a.m. Tuesday, Oct. 20, at the United Methodist Church in Mankato with Pastor Jim Rice officiating. Memorials may be made to the Shawn Newell Memorial Fund to be determined by the family at a later date. Online condolences can be made at http://www.melbymortuary.com.