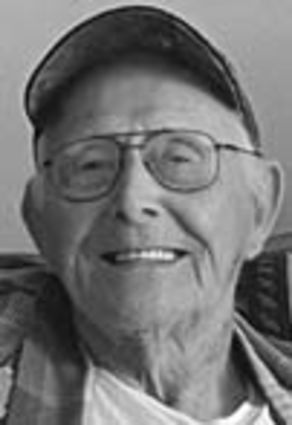 Lars Pedersen was born Nov. 20, 1929, to Lars and Leta Pedersen on the family farm north of Hardy. He courageously lost his battle with cancer Friday, at the VA Hospital in Grand Island.

Lars was baptized and confirmed at Bethany Lutheran Church near Ruskin. He attended Beach School, District 44, and graduated from Hardy High School in 1947.

In early 1951, he joined the U.S. Navy and served three cruises to Korea on the aircraft carrier USS Essex. While on board, he worked on the catapults where he invented a device on the shuttle to make launches faster and safer. He flew by helicopter to other aircraft carriers to instruct proper use of this new device.

Lars met the love of his life, Bonnie Warneking, at a dance in Guide Rock in 1955. She became his wife on Jan. 3, 1956. They moved to Colorado where he was a furniture and cabinet maker until 1961 when he returned to farm near Hardy. He retired on a farm north of Superior.

Lars and Bonnie were invited into an amazing card party group formed in 1956. The eight couples became family playing pitch for more than 60 years, and often vacationing together while raising their families.

On a Colorado trip Lars imitated Euell Gibbons, “Ever eat a pine tree? Many parts are edible” and then he took a bite. He gave Jeep rides through the rough pastures in his old Army Jeep to make the girls squeal.

Lars worked hard and served endlessly at the St. Paul Lutheran Church in Hardy, the American Legion and various community events. Nothing made him happier than time drinking coffee with his buddies at the Do Drop and Boar’s Nest.

The Pedersen family reunion was always a high point of his life.

He is survived by his sons, Dan and wife, Nancy, of Benedict, and David of Hardy, daughter, Carlie, of Moon Township, Pa.; Grandchildren, Matt of Benedict, Amber and husband, Dustin Monson, of Superior, Shane of Superior, Andrew and fiancé, Stacy, of Wexford, Pa.; great-grandsons Liamand Lincoln; his brother, Rex and wife, Luz, of Las Vegas, Nev.

He was preceded in death by his wife, Bonnie along with his siblings, Gene, Max, Vic, Lloyd, Marie, Alberta and Ruth.

A graveside service will be held at 3 p.m., Tuesday at the Spring Creek Cemetery in Ruskin. Pastor Lori Kitzing will be officiating. Visitation will be held Monday with the family present to greet callers from 5 to 6 p.m. at the Williams Funeral Home Chapel in Superior.