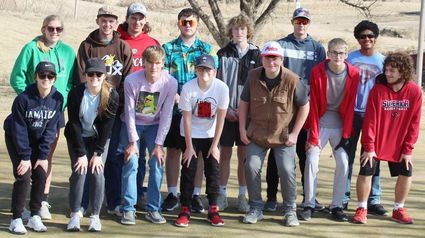 Spring is on the way and so is the opening of the Superior High School golf team's season.

Kirk Utecht, coach, has 15 members on the squad. Because the school does not field enough golfers for a girls team in the fall, the Wildcats have both girls and boys on the team.

Senior and four-year starter Conner Blackstone is the team leader. Todd Keifer is the other returning senior.