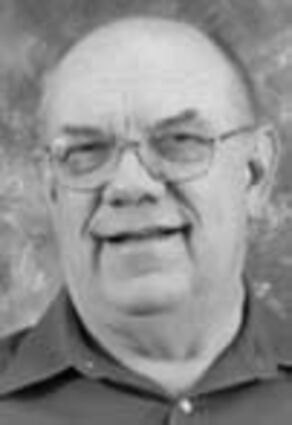 Herbert attended grade school at Bancroft and graduated high school at Wetmore. After graduation, he lived for awhile with his aunt, Rowena, and uncle, Ellis McKnight, a doctor, at Alma, Kan. He worked as an orderly at the care home there. He then attended one year at Highland Community College and one semester at Grace Bible Institute in Omaha, Neb.

He married Carolyn Brown on Dec. 31, 1971, at Holton. After their marriage, Herbert worked briefly on a pheasant farm near Bushong, Kan. He decided that job was not suited for him and about that time, he was asked to be the interim pastor at Bancroft Community Church, which lasted for about a year. He and Carolyn then moved to Frankfort, where he worked at the Frankfort Care Home and Welch Brothers Locker. The family then moved to Holton where Herbert worked at the beef packing plant. When it closed, he worked for Jackson County on the bridge crew, then for Ron's IGA, Country Mart and Holton Locker.

In 1997, Herbert and Carolyn purchased Superior Cleaners in Superior, Neb., which they operated until 2003. They moved to a small acreage west of Frankfort in 2007.

Survivors include his wife, Carolyn; a daughter, Marabeth Olson, and husband, Paul, of Frankfort; a son, Wayne, and wife, Holli, of Clay Center, Neb.; his sisters, Helen Prevatt and husband, Bill, of Denison and Jeanne Claycamp and husband, Edgar, of Wetmore; a brother, Robert and wife, Cindy, of Wetmore; grandsons, Mitchell, Keller, Carter and Ellis; and numerous nieces and nephews.

Preceding Herbert in death were his parents. A graveside service was held at Holton Cemetery on Wednesday, Dec. 8.

Herbert came to faith in Jesus Christ at the age of 8 and was a regular church attender. He would seek out Bible preaching churches to attend throughout his life's journey. He knew his Bible well and enjoyed discussing spiritual issues with others. He used to have long discussions with his mother. At the time of his death, he was attending Marysville Berean Church where he enjoyed being involved with small group Bible studies.

His interest in hunting and fishing began as a youngster living in the country. He would accompany his father hunting squirrels and rabbits and was instructed to aim for the head so the meat would be in good shape to eat. He shared lots of stories of accompanying his dad on raccoon hunts. As his family grew, he exposed his children to the joys of fishing. As Wayne got involved in deer hunting, Herbert would help him process his deer.

Growing up in a family that hunted meant dogs were a part of his life. Dogs continued to be a part of his own family. On his 13th birthday, his uncle Ellis gifted him a Brittany puppy, which he named Doc. Throughout the years, his family has owned many dogs of various breeds.

Herbert was an avid gardener and his habit was to try a new variety of some kind of vegetable every gardening season. He would also help Carolyn can or freeze the abundance the garden produced. Herbert believed you couldn't have too many fruit trees and planted some kind of fruit tree almost everywhere he lived.

Because Herbert enjoyed growing up on the farm, he and Carolyn made that happen for their children. Over the years, they have raised cows, goats, rabbits, chickens and guineas. They encouraged Marabeth and Wayne as they got involved with animal projects in the 4-H program.

Herbert was devoted to his wife and children and as grandchildren came along, he took a keen interest in their activities. He kept up with the various sports and school activities they were involved in and attended their games and musical programs. Because family was important to him, he looked forward to attending the Alley and Brown family reunions.

Because Herbert was pro-life, the memorial fund that has been established, will be donated to the Pre-born Organization to purchase ultrasound machines to be placed in life affirming pregnancy centers.