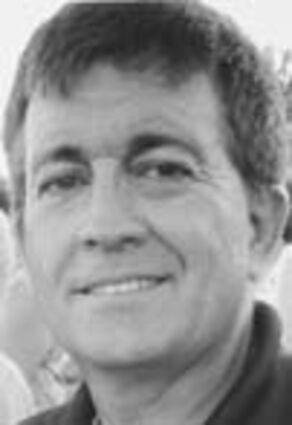 Eugene D. (Gene) Himmelberg, 56, from Lawrence, died Wednesday, Aug. 10, 2022, at Mary Lanning Healthcare in Hastings after a long, courageous battle with cancer. A rosary was prayed at 7:30 p.m., on Friday, Aug. 12, followed by the presentation of a Crucifix to the family by the Knights of Columbus. Mass of Christian Burial was at 10 a.m., Saturday, Aug. 13, both at Sacred Heart Catholic Church in Lawrence with Father Jamie Hottovy offering the Mass. He was assisted by Acolyte Phil Janda and Lector Don Kathman. Servers were Landon Scheidemann, Connor Janda and Tyson Scheidemann.

Interment followed at Sacred Heart Cemetery, Lawrence. Memorials can be directed to the family to be designated at a later date. Private condolences may be sent to the family at http://www.merten butlermortuary.com. Merten-Butler Mortuary, Blue Hill, was in charge of the arrangements.

Gene was born on Jan. 31, 1966, in Hastings, to Vernon and Bonnie (Buescher) Himmelberg. He attended Sacred Heart Catholic School and Lawrence High School and later on went to college to earn degrees from SCC in Beatrice and CCC in Hastings. He was a farmer and raised cattle, hogs and crops. After being a bachelor until the age of 47, he met the love of his life Linda (Buschkoetter) Menke and was married on June 1, 2013. He lovingly welcomed her three children Dillon, Haley and Morgan, and they became the family he always dreamed of. He enjoyed playing golf and watching sports especially the Los Angeles Rams and Nebraska Huskers. He had the ability to lighten up a room and put a smile on everyone's face. He never met a stranger and could talk and joke around with anybody. He put others first, even when he was struggling with his own health problems. He was determined to find something that would cure him from cancer so he could share it with others who were also fighting the disease. His strength, courage and faith was such an inspiration.