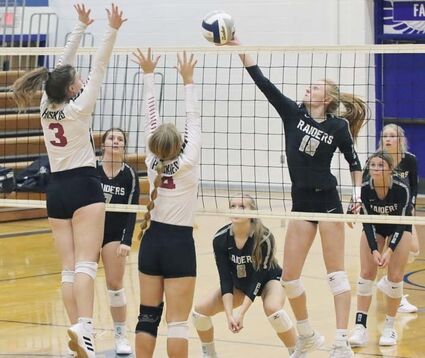 Kara Menke (18), Lawrence-Nelson, tips the volleyball over the net during a match at the Hastings St. Ceciulia Tournament in Hastings.

It was a rough outing for the Lawrence-Nelson volleyball team at the Hastings St. Cecilia Tournament. The Raiders fell in four of their matches to higher classification schools.

The Raiders host the Blue Hill Bobcats for Parents Night at Nelson Tuesday.