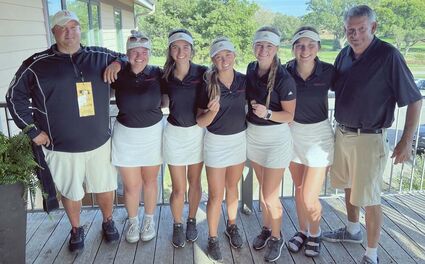 All the hours of dedicated practice by the members of the Superior High School girls golf team paid off when the team took third place at the District C-1 match played over the Hidden Valley Golf Club course at Lincoln Monday. The finish earned them a place at the state Class C championship match to be played Monday and Tuesday over the Elks Country Club course at Columbus.

The team once again showed their true mettle when faced with adversity, The team was in fourth place at the end of nine holes. The first three teams qualify for the state match. The team went out and played the back nin...