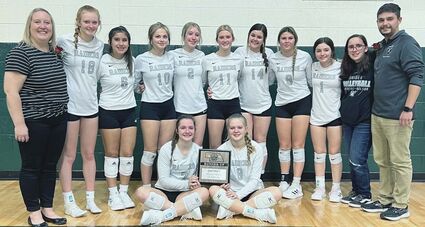 The Lawrence-Nelson volleyball team knew they faced a challenge when they entered Class D-2 district play Saturday at Howells. The Raiders were the number 16 seed while the Howells-Dodge Jaguars were the number one seed.

Despite their best efforts, the Raiders were swept in three sets, 18-25, 16-25 and 23-25. The loss dashed the Raiders hopes for a place the state tournament table.