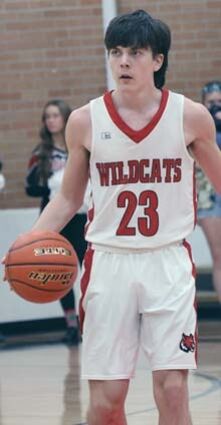 Ropscoe Baumbach sets up a play for Superior against Blue Hill at Superior, last Tuesday.

Superior fell to the Blue Hill Bobcats42-30 at Superior last Tuesday then to the Southern Valley Eagles 53-39, at Oxford, Friday. The Centennial Centurions handed the Wildcats their fifth loss of the season, 49-39, at Superior, Saturday.

Superior struggled against Southern Valley. They had a sporting chance against Centennial. They led 11-10 after one quarter. They were out scored 15-5 in the...