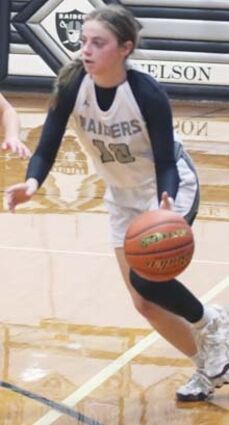 Jessica Sole rapidly moves the basketball down court for the Lawrence-Nelson Raiders in basketball action against Kenesaw.

It was one step forward and two steps back for the Lawrence-Nelson girls basketball team as they won one of the three games they played.

The Raiders stayed close in all the games they played. They fell short against Rock Hills and Axtell.