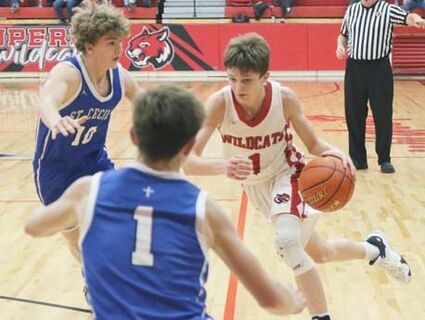 The Superior High School boys basketball team stumbled down a dark alley in Doniphan, Friday, and were ruthlessly mugged by the undefeated Cardinals 71-33. Superior trailed 41-9 at the half. The Cardinals substituted freely in the third and fourth quarters but kept Superior at bay as the Wildcats absorbed their 14th loss of the season.