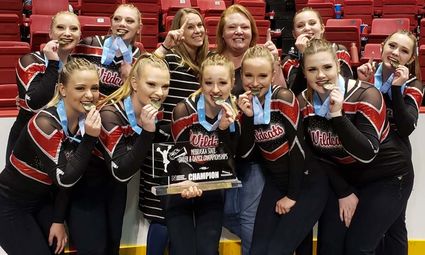 We won! Superior High School's drill team has plenty to be cheer about. Friday they brought home the first place trophy in the C2 High Kick division at the Cheer and Dance Championship hosted by the Nebraska State Athletic Administration Association at Grand Island. The team competed against six other teams in their division. Their coach, Stephanie Corman, said the Superior High School team would have been in third place point wise if all 28 teams were in the same division.

Superior High School's drill team has nine members who tried out for the team last spring. During the summer they we...