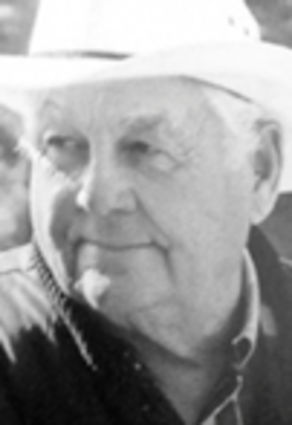 Gordon Alfred Hansen,formerly of Ruskin, died Saturday, May 16, at Bryan Medical Center East Campus in Lincoln, Neb., at the age of 79 years and 24 days. He was born on April 22, 1941, in Omaha, to Arnold and Lydia Hansen, the second of five children.

Gordon's family lived on a farm southwest of Blair, Neb., until 1944 when the family moved to a farm southwest of Ruskin. Their home was a large three-story structure. He was fascinated by all the steps to the huge attic. The first thing he said was, "Oh boy, Dana College" remembering the events the family had attended at the college in Blair.

Gordon attended District 2 School in Nuckolls County through the fifth grade when the school was closed and moved to Ruskin. He graduated from Ruskin High School with the Class of 1958.

Gordon worked for a time in Colorado building the Denver Tunnel, which provided water to all of Denver.

Horses were a great love of Gordon's and he was professional at caring for and training horses for much of his life in California and Nebraska. He was a good friend to all, a kind and loving dad, grandpa and brother.

He was preceded in death by his parents, and a brother-in-law, Jerry Scheffler.

Survivors include his son, Jeff, and wife, Jennifer; grandchildren, Ashley and Tyler of Napa, Calif.; sisters, Violet Lipker and husband, Gary, of Albion; Linda Hutchinson and husband, Paul, of Superior; Sandy Maciejewski and husband, Ken, of Doniphan, and Joyce Scheffler of Lincoln, Neb.; many cousins, nieces and nephews.

Graveside services will be held at 2 p.m. today, May 21, at the Spring Creek Cemetery near Ruskin. Pastor Noel Petersen will officiate. Condolences may be sent to the family at wmsfh.com. Williams Funeral Home of Superior, is in charge of the arrangements.