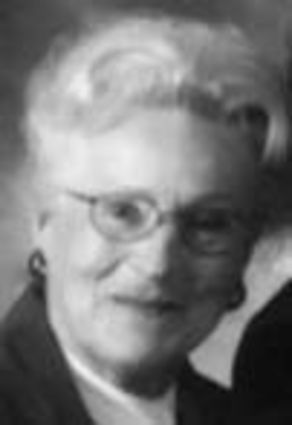 Marie Marshall, 94, a long-time resident of Superior, died in Fort Worth, Texas on June 19. She married Robert Marshall in Superior, on May 22, 1954, where she taught school and served as a librarian at the Superior Public Library for more than 27 years retiring as the library’s director in January 1997. Her work in support of the public library system earned her admirable recognition with the planning and opening of a new library to better serve her community.

Marie enjoyed hosting story time at the library, gardening, golfing, quilting and sewing yet most of all she loved time with her family, friends and colleagues.

She was preceded in death by her parents, Rufus and Mamie Lamb; siblings, Opal Mitchell, Doris Rogers, and Elwin Lamb; son-in-law, Stuart Ruby; grandson Jacques Ruby; many friends and relatives.

Brock and Stephanie Emery, Minden, Neb.; Pryce and Corinne Marshall, Fort Worth, Texas; and Ben Ruby, San Antonio, Texas; 15 great-grandchildren, and two great-great grandchildren. Marie lived an amazing life. She will be missed tremendously by all who knew her and whom she inspired in so many ways.