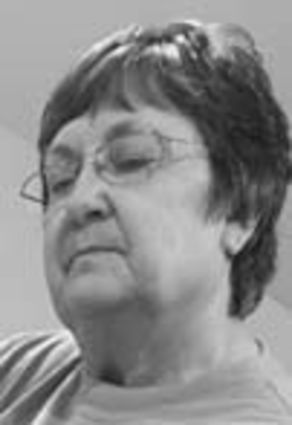 Janice Elaine (Tambke) Schultz, 69, of Ruskin, Neb. died March 2, 2021, in her home with family by her side. She was born to Harold and Joan (Crane) Tambke in Hebron, Neb., on Oct. 7, 1951. After attending Deshler Public School through fourth grade, she finished school in Ruskin, graduating from Ruskin High School in 1969. She attended Kearney State College and the University of Nebraska in Lincoln. Janice was baptized at Sacred Heart Catholic Church in Hebron, Neb. She attended Mass and CCD classes at Sacred Heart where she received her First Communion on May 31, 1959, and was confirmed on May 14, 1961. She later became a member of the St. Ann's Altar Society. While residing in Nelson, she volunteered as a CCD teacher at the Nelson Sacred Heart Catholic Church and donated food for various events at the church.

Janice married Howard Schultz on Jan. 24, 1970, at Sacred Heart Catholic Church in Hebron. They lived in Lincoln, Neb., before moving back to the farm near Ruskin in 1973 where they raised their seven children. Initially, Janice stayed at home to raise her family. In the mid-1980s, Janice started working at the Superior nursing home. In February 1989, she began her career at the US Post Office where she worked for 32 years. During this time, she worked at various locations including Superior and Hebron before finishing her career at the post office in Deshler. She thoroughly enjoyed working at the post office and conversing with her customers who became friends. She also enjoyed having students from various schools stop by where she would explain how the mail process worked. She would provide the youngsters with the rubber finger tips that she used to sort mail. She also worked at the Victorian Inn in Superior for several years. Janice enjoyed time with her family. She had several hobbies including reading, sewing, various crafts and projects, cooking and canning food from their garden. She liked playing cards and Monopoly with everyone (probably because she usually won). In recent months, she could be found teaching her grandchildren (and her sister) how to do tie blankets, other sewing projects and cooking. There is a rumor she provided instructions to Howard and Judy for making chili which may have included an optional step for pureeing the tomatoes.

Additionally, Janice enjoyed listening to music and playing various instruments (piano, guitar, accordion and recorder). As a senior in high school, she was part of a band along with her sister, Judy, and Pam Burkett. She could be found in her parents' garage wearing white jeans, blue shirts and large medallion necklaces playing House of the Rising Sun. Janice played the electric guitar with Judy on drums and Pam singing and playing the tambourine.

Price Funeral Home, Hebron, assisted the family in the arrangements. Condolences may be left at Price-Urbauer-Ahrendts.com.