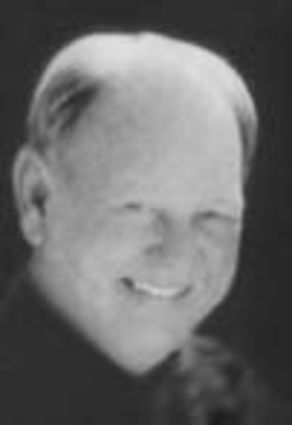 Douglas Ray Frasier, 70, the son of Margaret E. (Montey) and Richard R. Fraiser, was born Aug. 8, 1949, at Red Cloud. He died Jan. 8, at the University of Nebraska Medical Center in Omaha.

Doug grew up in the Burr Oak community and graduated from the Burr Oak High School with the Class of 1967. He continued his formal education, attending college at Colby, and Pittsburg, Kan., studying drafting. Doug moved to Bakersfield, Calif., in 1970, where he pursued his interest in motocross racing and worked on the motocross track scene. In 1971, he returned to Burr Oak where he began driving a truck and working with his father’s businesses. In the early 1970s Doug established the KOLTOA (Kansas OutLaw Tracks of America) Motocross Race Track west of Burr Oak, and founded the Sprockets Motorcycle Club.

Doug was united in marriage with Wanda Carper Way on Oct. 21, 1978, at Lebanon, Kan. Shortly after their marriage Doug legally adopted Wanda’s son, Jason. Three more sons were born to this union: Skylar, Joshua, and Caleb. They continued to make their home in the Burr Oak community, where they owned and operated Fraiser Trucking and Construction for more than 30 years. After selling the business, Doug worked with the Jewell County Road Department for two years, retiring in 2010.

An avid entrepreneur througout his life, Doug owned and operated a Ducati Motorcycle dealership in Burr Oak from 1965 to 1969. In the early 2000s, he and Wanda owned and operated a small, family grocery store, Main Street Market, in Burr Oak. Doug never lost his interest for motorcycles and in retirement he developed a business of buying, restoring and marketing them for sale worldwide. His greatest joy and enthusiasm in life was for his wife, Wanda and his family. He especially cherished his grandchildren. Doug accepted Jesus as his savior at age 8 and led his family in Christian love, patience and compassion.

Preceding him in death were his parents, Margaret and Richard Frasier, and two brothers, Steven Leroy Frasier and Robert Lewis.

Survivors are his wife, Wanda Fraiser of Burr Oak; four sons and six grandchildren; Jason Frasier of New York, N.Y.; Skylard Frasier and husband, Kary Borden of Salem, Oregon; Joshua Frasier and wife, Amanda, of Hastings; and children Luke, Emma and Sophia; and Caleb Frasier and wife, Lauren, of Augusta, Kan., and children Jayden, Jaxson and Jordan. Also surviving are two brothers, Dale and Don Frasier of Burr Oak; three sisters: Judy Larence and husband, Don, of Omaha; June Reynolds and husband, Gary, of Beloit; and Kathy Cobine of Salina; other relatives and his many friends.